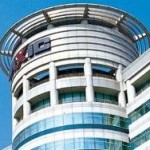 The December issue of the IEEE Spectrum includes a fascinating article about a 100 million cycle flash memory developed by Macronix.  The company will present this design at at IEDM this month.

In brief: Macronix’ researchers buried a heater in the array to heat the tunnel dielectric, annealing out the disruptions & traps that might cause a bit to fail.

A prototype has so far been tested more than 100 million cycles and it shows no sign of impending failure.  Researchers believe that it is likely to reach one billion or more cycles, but such testing will take several months.  This just may be able to END_OF_DOCUMENT_TOKEN_TO_BE_REPLACED

EE Times has published a very interesting slideshow called: A Brief History of Memory by Kristin Lewotsky.  This is recommended reading for all who peruse of The Memory Guy blog.  Even the comments are good reading, with one commenter sharing a history of ferroelectrics that dates back to the 1950s.

It’s interesting to see the END_OF_DOCUMENT_TOKEN_TO_BE_REPLACED 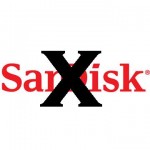 Owing to a long-standing convention SanDisk’s NAND chips aren’t counted since they are sold as “Systems” (with a controller.)  The World Semiconductor Trade Statistics (WSTS) set that rule up, and most analysts END_OF_DOCUMENT_TOKEN_TO_BE_REPLACED