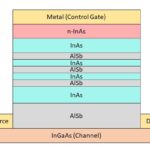 The Memory Guy recently encountered some stories in the press about “UltraRAM” which is the name for a new type of NVRAM developed by researchers at Lancaster University in the UK.  These researchers published one paper last June in Nature:  Room-temperature Operation of Low-voltage, Non-volatile, Compound-semiconductor Memory Cells, and another just this month in the IEEE’s Transactions on Electron Devices: Simulations of Ultralow-Power Nonvolatile Cells for Random-Access Memory.

According to the papers, the new END_OF_DOCUMENT_TOKEN_TO_BE_REPLACED

Ron Neale returns to The Memory Guy blog to discuss a “Universal Law” about memory elements and selectors that was presented by CEA Leti at the IEEE’s 2019 IEDM conference last December.

At IEDM 2019 D. Alfaro Robayo et al presented a paper titled: Reliability and Variability of 1S1R OxRAM-OTS for High Density Crossbar Integration that had a rather interesting claim of a “Universal Law”.  It is possible that some links to the past might help to provide an explanation for END_OF_DOCUMENT_TOKEN_TO_BE_REPLACED 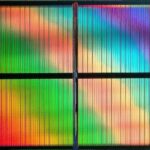 The company’s first 1Znm DRAM is the LPDDR4 part pictured on the left, which started END_OF_DOCUMENT_TOKEN_TO_BE_REPLACED 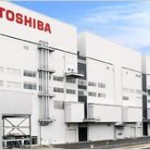 Kioxia (formerly Toshiba Memory) has announced another setback to its production: there was a fire on January 7 in the Fab 6 facility of its main Yokkaichi campus.

According to a customer letter that was published by TechNews the fire was limited to a single tool and was rapidly extinguished.  Although the news story is in Chinese, a picture of the letter is included, and that letter is in English.

Kioxia seems to be END_OF_DOCUMENT_TOKEN_TO_BE_REPLACED