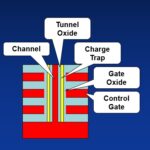 A significant transition has occurred over the past few years that many people don’t know about: Flash memory has moved almost wholesale from the floating gate bit cells, the process that they had always used before, to charge trap bit cells.

Until 2002 all flash used a floating gate.  That year partners AMD & Fujitsu, who later merged END_OF_DOCUMENT_TOKEN_TO_BE_REPLACED 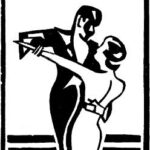 SK hynix and Intel today announced that SK hynix will acquire Intel’s NAND flash business for $9 billion.  SK hynix gets Intel’s business, its manufacturing plant with two fabs in Dalian, China, and all of Intel’s designs and intellectual property.  The Memory Guy thinks this is a pretty good deal all around.

Intel doesn’t do well in END_OF_DOCUMENT_TOKEN_TO_BE_REPLACED

In this post contributor Ron Neale shares a close look at the new memory announced today by Arm spin-off Cerfe Labs.  He provides insight into the operation and composition of this technology which originated at Symetrix, a company that has previously developed FRAM technologies licensed to major semiconductor and capacitor manufacturers.

While many companies seek to offer a nonvolatile (NV) alternative to Flash, with varying degrees of success, something new called a correlated electron memory (CeRAM) has entered END_OF_DOCUMENT_TOKEN_TO_BE_REPLACED