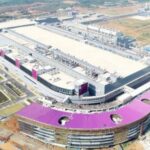 A couple of weeks ago NAND flash start-up YMTC announced the production release of its 128-layer 1.33 terabit QLC NAND flash chip.  According to a DigiTimes article about the chip the company plans to claim a share of 8% of the global NAND flash market in 2021.

A number of my clients asked The Memory Guy about this, since YMTC doesn’t yet seem to be a factor in the market.  In fact, a sample of YMTC’s 64-layer chip, which the company’s announcement last September said was in mass production, wasn’t found by reverse engineering firm TechInsights‘ army of chip hunters until just a couple of weeks before the announcement of YMTC’s 128-layer chip.  My clients’ questions centered on whether there was even a remote possibility that YMTC could actually ship 8% of the world’s flash in 2021.  The short answer is: “Yes, but it’s a stretch.”

Some simple math can explain this.  First of all, what will be the size of the 2021 NAND flash market?  As long as demand is unaffected by teh COVID-19 pandemic then annual consumption should grow to about 690 exabytes.  YMTC’s 8% of that would be 55 exabytes.

We know that YMTC’s new fab (pictured above), located in Wuhan, is designed to process 100,000 wafers per month.  This is about the same size as other NAND flash fabs, and is the size of plant that makes the most economic sense.  I haven’t yet heard that this fab is operational, so it would need to be ramped to full volume production by the end of this year to make the math work in my example below.  For now YMTC’s flash is being made at XMC, a successful foundry, founded in 2006, that is now owned by YMTC.

What can you do with 100,000 wafers a month?  Let’s first analyze this based on YMTC’s new 128-layer 1.33Tb QLC chip.  If we can guess at the die size of that chip then we can estimate how many gigabytes each wafer can produce. 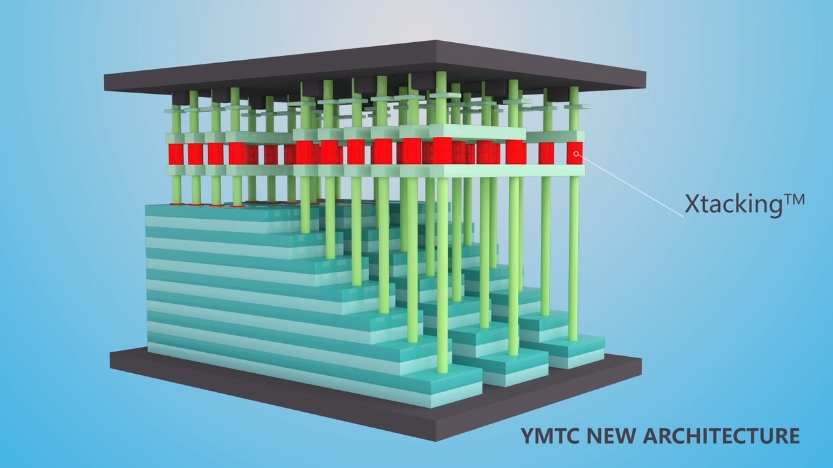 YMTC’s 1.33Tb QLC chip is probably just a 1Tb TLC design that’s using QLC instead, since 1.33Tb is exactly 4/3 of 1Tb.  Furthermore, let’s assume that the die size of a YMTC 128-layer 1Tb TLC chip is almost the same as the die size of the 64-layer 512Gb TLC YMTC chip that TechInsights recently analyzed.  That’s twice as many gigabits in twice as many layers.  The information that TechInsights shares in their flyer allows us to calculate that the 64-layer part’s die size is about 116mm².  Objective Analysis has a die/wafer calculator that tells us that a maximum of 533 of these chips would fit onto a 300mm wafer, yielding 89 terabytes/wafer (533 chips x 1.33Tb – or 0.166TB – per chip).

At the other extreme (using the same math), if YMTC wanted to make its 8% goal using only the 64-layer 512Gb TLC part that TechInsights analyzed it would take 144,000 wafers per month to achieve that goal.  Clearly this won’t work using a fab that can produce only 100,000 wafers/month.  It’s most likely that YMTC plans to use a mix of these two parts and will still be ramping the fab in 2021, both of which will make the 8% goal a challenge.

But we also have to consider the fact that YMTC uses its proprietary Xtacking technology to achieve these small die sizes.  With Xtacking YMTC builds a logic wafer in a logic fab, and a memory wafer in its own fab, the fab we have been discussing, then bonds the two wafers together to produce a NAND flash chip.  So another important question is whether the company can get enough logic wafers to assemble 100,000 bonded Xtacking wafers.  Given the close relationship between YMTC and XMC it would be natural to assume for the logic wafers to be made by XMC, but XMC’s website says that the company’s entire capacity is only 60,000 wafers per month, and XMC already uses at least half of that capacity to supply the company’s existing foundry customers.  Even China’s largest foundry, SMIC, with a total capacity equivalent to 200,000 300mm wafers per month, might have trouble satisfying YMTC’s logic wafer requirement because a good share of SMIC’s capacity is really 200mm wafers which could not be used for this task.  Like XMC, a number of these wafers have already been committed to existing customers.  In brief, YMTC may run into trouble getting enough logic wafers to execute on its plan.

In a nutshell, YMTC faces some pretty tough challenges if it wants to get to 8% market share.  The company must:

The  company has a big task ahead, and we wish them luck, but there is a high likelihood that an unforeseen problem will delay their success.