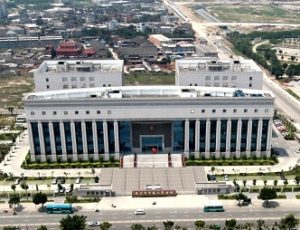 This injunction, according to a Micron press release, was filed without allowing Micron to present its defense, a process which Micron finds to be: “inconsistent with providing a fair hearing through appropriate legal processes and procedures.”

Micron’s customers in China will find that the DRAM shortage has just become even worse than it already was.  Before today China’s government was concerned enough about the shortage’s rising DRAM prices to have launched a price fixing investigation only one month ago.  One result of today’s decision will be that there will be less DRAM in China, and that will probably cause prices to rise even more.

What will be the impact to Micron?  I find it unlikely that this injunction is likely to change any DRAM maker’s business much during a shortage.  Any lack of Micron DRAM in China is likely to be serviced by Samsung and SK hynix, but since there’s a shortage, these companies will need to reduce their shipments outside of China to satisfy the new demand within that country.  The customers who will suddenly be getting less DRAM from SK hynix and Samsung will undoubtedly come to Micron for help.  In the end this should all balance out.

Had there been an oversupply the situation would have been different, and the injunction could have caused Micron some harm.  Instead, it is more likely that OEMs within China will suffer a bit from this injunction, since they will probably have to pay higher prices to motivate Samsung & SK hynix to redirect DRAM away from other customers to fill the void.

In a greater sense this is a part of a political dance that is taking place between China and the rest of the world as China moves forward in its plan to take a meaningful position in the semiconductor market.  This complex series of moves are detailed in an upcoming Objective Analysis report that covers China’s memory ambitions.  We will post more on The Memory Guy blog as this report nears completion.