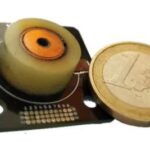 Hprobe: a test equipment manufacturer based in Grenoble France, has cast its vote for MRAM to succeed in the emerging memory battle.  It has created a piece of production test equipment dedicated to MRAM technology.

The company has developed a new perpendicular magnetic generator module that allows hysteresis curves for the Magnetic Tunnel Junctions (MTJ) in Spin Transfer Torque (STT) MRAM chips to be characterized in less than one second.  This is achieved by performing the characterization under high magnetic fields.

Katherine Derbyshire at Semiconductor Engineering recently published an excellent article detailing the methods MRAM makers use to test their chips and wafers.

In Hprobe’s case, a high-intensity magnetic field is swept to produce the MTJ’s hysteresis curve, a key indicator of the magnetic layer’s quality.  Shown with a 1€ coin in the figure above, this little 30cm3 magnetic generator module can produce fields of ±2 Tesla without requiring cryogenic cooling, or even liquid cooling.

The module is teamed with an RF probing system used to read the hysteresis curves of MTJs.  Hprobe tells me that the high 2 Tesla field allows their ATE equipment to dramatically accelerate the sorting flow of STT-MRAM wafers at 300mm foundries.

The production tester appears in the figure below: 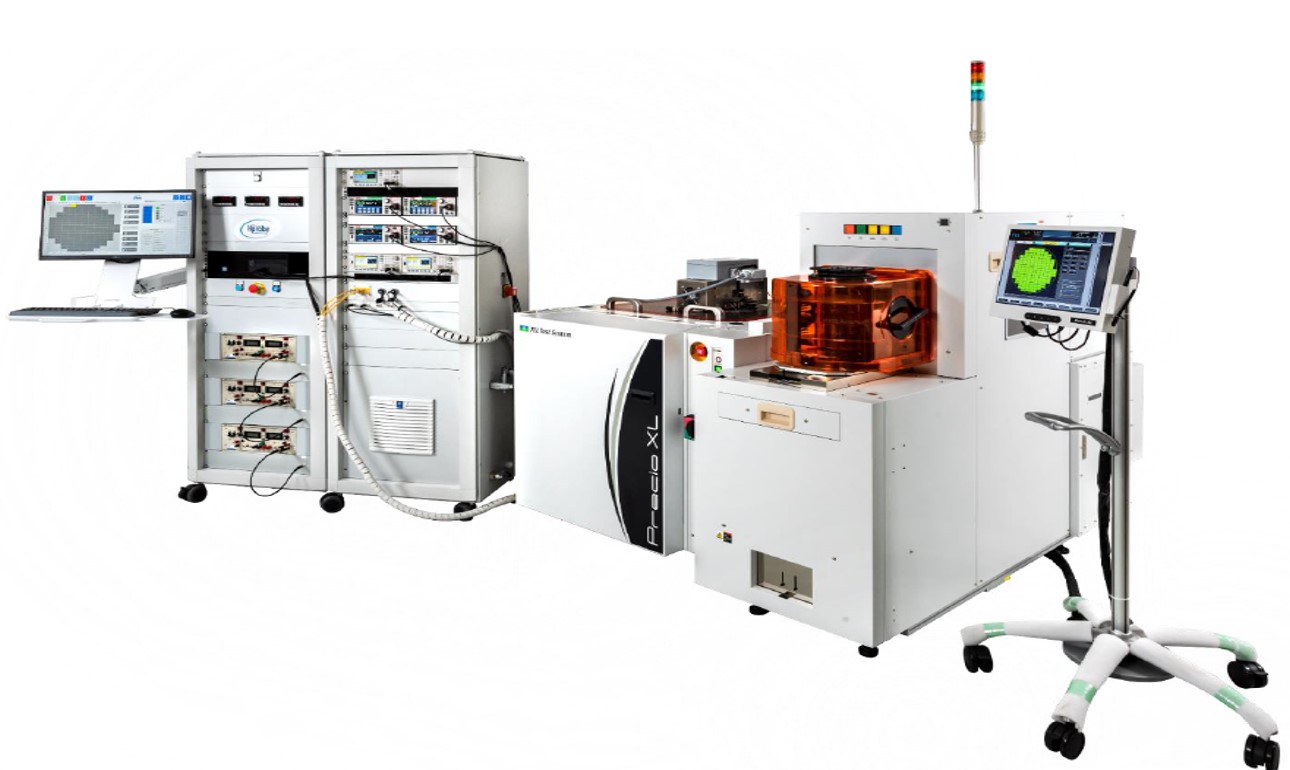 Hprobe tells us that this system gives the company’s customers an important advantage as they work to bring sub-20nm STT-MRAM into mass production.

As we discussed in our recently-released report: Emerging Memories Ramp Up, emerging memories are being deployed in SoCs at smaller process geometries because NOR flash can’t shrink past 28nm.  MRAM and other technologies vie to continue to scale to nodes smaller than NOR’s scaling limit.  We found that it was too early to tell which of the many alternative technologies will eventually replace NOR flash, but the availability of equipment like this will certainly help MRAM’s cause.

What is most interesting to The Memory Guy is that there is now production test equipment devoted to MRAM, something that I am unaware of for other emerging memory technologies like ReRAM, PCM, and FRAM.

Readers who want to find out more can visit the company’s website at: https://www.hprobe.com/

6 thoughts on “Hprobe’s Vote for MRAM”