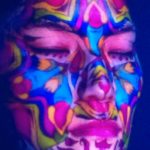 Moving forward one year to the 2016 IDF (the source of this post’s odd graphic), The Memory Guy was shown two 3D XPoint SSDs and still no DIMMs.  Intel personnel demonstrating the SSDs were only allowed to give the vaguest details about their performance and availability, and nothing at all about the anticipated price.

During the show Intel was willing to share a wider variety of benchmarks on those 3D XPoint SSDs, but not much more.  The results were impressive: The Optane SSD’s latency was about seven microseconds compared to 85 microseconds for the flash SSD.  Compare that to the 10 milliseconds typical of network storage access – it’s over one thousand times as fast!  Technicians were able to use some software tuning to drop that even further to 1.47 microseconds.

Various benchmarks showed Optane benchmark improvements over SSD performance that ranged from three times to as high as 15 times.

The Optane SSD proves beyond doubt that Intel’s new memory technology can provide a significant performance boost over today’s NAND flash SSDs.  This alone should attract a lot of attention from the user community.

Now for the bad news: This new technology will not be a factor in the market if Intel and Micron can’t make it, and last week’s IDF certainly gave little reason for optimism.

The SSDs Intel used for the demonstrations had a capacity of 140 gigabytes but Intel was careful to state that this was unlikely to be the capacity point of their commercial products, indicating that the actual SSDs would probably have higher capacities.  The 3D XPoint Memory chip that Intel and Micron announced in July 2015 has a capacity of 128 gigabits, which translates to 16 gigabytes, so only nine 3D XPoint chips are needed to make a 140 gigabyte SSD.

Since Intel was only able to provide two demo SSDs (which were shuttled from the exhibit hall to the meeting rooms for the technical session that promoted them) you could argue that fewer than 20 working 3D XPoint samples have been manufactured to date.

This does not bode well for the product.

Why would Intel and Micron fall so far behind, especially since Micron projected in last year’s Summer Analyst Conference that its 3D XPoint gigabyte shipments by the end of 2017 would be within an order of magnitude of its DRAM gigabyte shipments?  The simple answer is that 3D XPoint memory uses new non-silicon materials that are not well understood.  Whenever some new material is added to a semiconductor manufacturing process all sorts of unforeseen issues can appear and cause significant delays.

Intel really needs for 3D XPoint Memory to work.  Without it, the performance of future computing platforms won’t scale with processor upgrades.  In other words, when a higher-performance processor is plugged into the system that system’s performance won’t improve because the rest of the system will bog the processor down.  The new 3D XPoint Memory is the key to prevent this from happening.  Without it, Intel will be unable to migrate customers to increasingly more powerful processors that sell for higher prices and reap higher margins for Intel.

This is a tough spot for both companies, and there are no indications of any pending breakthrough that will improve the situation.  About all we can do is watch from the sidelines with the hopes that Intel and Micron will overcome their technical problems and get back on track.

10 thoughts on “Intel Developer Forum – Not Much 3D XPoint Progress”