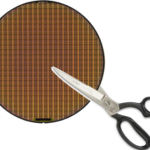 If Kioxia’s announcement sounds familiar to you that’s because the company made the exact same announcement a decade ago in July 2012.  As was explained in The Memory Guy blog, Toshiba’s subsequent financial reports for that period indicated that the company actually increased production that year rather than decreasing it.

As for WDC, a move of this magnitude would have a material impact on the company’s business, which would warrant some kind of statement, so WDC’s lack of comment makes it reasonable to assume that the company’s wafer consumption will not be cut by 30%, which is the same thing that happened a decade ago.

Kioxia’s share of the NAND flash market today is 16%.  A 30% decrease in production would reduce  global supply by just under 5%, which would be significantly greater than Objective Analysis’ estimate of the current overcapacity.  In other words, if Kioxia actually made this cut that one company could turn the market around by itself.

Whether or not Kioxia really does cut production, will such an announcement have the desired effect, and reverse the current NAND flash price decline?  Let’s have a look at what happened last time.  Here’s what spot and contract NAND flash prices did in 2012: 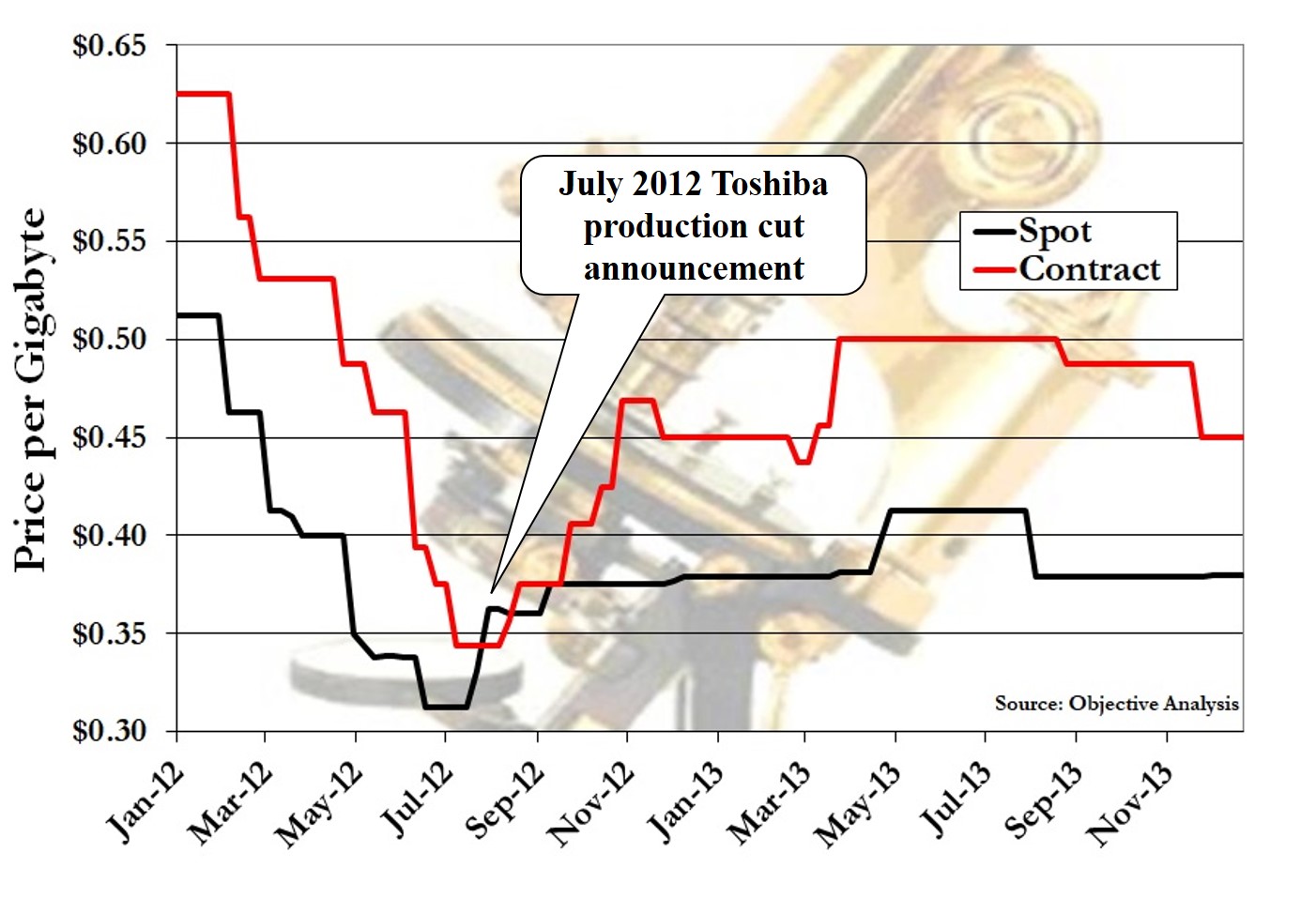 Prices did indeed turn around in response to the Toshiba announcement, and they remained relatively stable throughout 2013.

So if the results of 2012 are replicated in 2022, then Kioxia’s announcement may actually reverse the NAND price collapse that is currently plaguing the industry.

Time will tell, and I plan to add another post to The Memory Guy blog in a few months to report back on the success or failure of Kioxia’s announcement, and perhaps to again review how it compares to the company’s reported financials.

The Memory Guy has been in this business for long enough to notice a tactic that has been used in the past, and to understand how it may have worked before.  If you’d like to take advantage of this depth of market understanding, please contact us at Objective Analysis to explore ways that we can work together to your company’s strategic benefit.