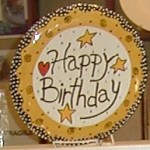 On April 3 Toshiba celebrated the 25th anniversary of NAND flash.  The technology, developed by Toshiba researcher Fujio Masuoka, was not expected to succeed, as explained in Eli Harrari’s keynote for ISSCC in February.

Toshiba said in a release that the company’s “commemoration of the 25th anniversary of the invention of NAND flash will continue throughout 2012,” and will include “notable industry events and consumer participation.”

There is certainly reason to celebrate.  This technology has grown faster than any semiconductor market in history, displacing other nonvolatile technologies like EPROM and mask ROM, as well as camera film, floppy disks, compact disks (CDs), videotapes, and maps.  In the future it promises to cannibalize other markets including enterprise HDDs and even DRAM (as explained in the Objective Analysis report: How PC NAND will Undermine DRAM.)

Naturally, The Memory Guy has a great respect for all who helped this market to blossom and thrive.  This includes Toshiba who invented the technology, SanDisk who created a market for NAND flash, Samsung who converted its DRAM overcapacity to NAND, forcing the market to come into being, and who fostered Apple’s adoption of the technology, Intel whose steadfast belief in NAND’s role in computing has created new possibilities, Micron who has proven that NAND can be manufactured at more advanced process nodes than was ever thought possible, and Hynix, whose China thrust brought flash into the heart of electronics manufacturing.  Kudos also goes to Apple for pioneering applications that drove significant NAND growth that would not otherwise have happened.

One thought on “NAND Flash Turns 25!”