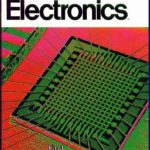 For a number of years The Memory Guy has wanted to find a copy of the 1970 article, published in Electronics magazine, in which Intel’s Gordon Moore and two authors from Energy Conversion Devices, Ron Neale and D.L. Nelson, showed that PCM could be used as a memory device.  After all, this is the technology behind Micron & Intel’s 3D XPoint Memory.

The cover of the magazine (this post’s graphic) has been used by Intel to promote its PCM or PRAM chips before those were spun off to Numonyx (now a part of Micron).  Intel, though, didn’t appear to have anything to share but the cover photo.

Electronics magazine went out of business in 1995, and that makes the task of finding archive copies more challenging.

It recently occurred to me that the best person to ask might be the article’s lead author, Ron Neale, who has been a regular contributor to EE Times and who now also contributes blog posts to The Memory Guy.

I was astounded to discover that, yes, he DID have a scan of the original article, and that it is in mint condition.

Ron has graciously allowed me to share it with the readers of The Memory Guy blog which I will do here.

I hope you enjoy reading it as much as I have.  Times have changed a lot since it was written 47 years ago.  The original 256-bit device is 1/500,000,000th the density of today’s 128Gb 3D XPoint chips.  The original chip also had no support circuitry – just the memory bits.

It shows two fundamental things, though – that PCM can be used as a nonvolatile memory, and that it can be integrated with standard silicon bipolar and MOS logic processes.

It’s also somewhat prescient, in that the authors promote it as a “Read-Mostly Memory.” They understood that it suffered from wear, and that this was something that would need to be accommodated by the system.  This was well before such issues were even considered for floating gate devices, which at that time were erased through a minutes-long exposure to ultraviolet light.

At the December 2016 IEDM conference IBM disclosed its research into neural networks based upon read-mostly computational memory in a paper titled: “Compressed Sensing Recovery using Computational Memory.”  A similar paper from the same research group appears HERE.  The PCM performs matrix multiplies for image recognition.  There are definitely applications that can take good advantage of such memories.

I should give credit to Ron Neale for all he did for PCM.  He’s the one who developed the first all-thin-film PCM and threshold switch.  This made it possible for Intel to construct the 256 bit memory array.  All prior PCM devices were point contact, which continued to be a prevalent means of manufacturing diodes at that point.  Imagine trying to make 256 point-contact cells work, all in the same chip!

The article can be downloaded as a pdf by clicking HERE.