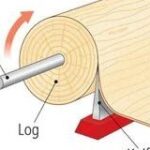 Every so often a new idea comes into an established industry from an unexpected direction and creates a dramatic change to the way that the industry operates.  In today’s post The Memory Guy will explain a radical new chip production process will rapidly change the nature and cost structure of the entire semiconductor industry, DRAM and NAND flash first, slashing costs and waste while phenomenally increasing output.

This revolutionary approach stems from END_OF_DOCUMENT_TOKEN_TO_BE_REPLACED 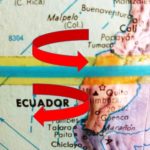 The Memory Guy today became aware of a significant breakthrough in magnetic memory technologies (MRAM) that could prove to be a big bonus for mobile applications.  These memories could be used to generate power as well as to store data.

This surprise finding was made when researchers from Stüdpfalz University of Blindman’s Bluff, Iowa, brought samples of an STT MRAM they had developed to the Magnetic Island and City of Townsville Metropolitan University in Queensland, Australia, where researchers have been producing similar magnetic memories below the equator.  Until that moment neither team had thought to question the END_OF_DOCUMENT_TOKEN_TO_BE_REPLACED