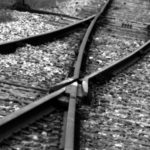 Micron Technology has introduced a 32GB NVDIMM-N.  Perhaps the most important thing about this device is not so much its high density as the fact that it runs at higher bus speeds than competing NVDIMMs, doing 2933 megatransfers per second (MT/s), a speed that Micron representatives tell us is required to support Intel’s Skylake processor.

Up to this point NVDIMM-Ns have been limited to 2400 MT/s, which is fast enough for Broadwell, but which misses the mark for Skylake.  Design is tricky even at this slower speed, requiring a number of expensive high-speed multiplexers in the DRAM’s critical speed path.

“Multiplexers?”  Yes, NVDIMMs use them, even though no other kind of DIMM does.  The Memory Guy can explain why, having just finished a report covering the NVDIMM market and technology.

Here’s a little refresher for those who either don’t remember or never knew that NVDIMM-N requires multiplexers.  The NVDIMM-N looks to the system like a standard END_OF_DOCUMENT_TOKEN_TO_BE_REPLACED 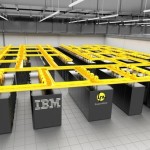 Today Samsung announced that its chips are used exclusively to make up the 324-terabytes of DRAM in Germany’s new Leibniz Supercomputing Centre SuperMUC supercomputer.

Samsung’s release tells us that the SuperMUC, the most powerful supercomputer system in Europe, is an IBM System x iDataPlex dx360 M4 server built using over 18,000 Intel Xeon CPUs and over 80,000 4GB DRAM modules from Samsung.  (Simple math makes this out to be 82,944 modules.)

A 4GB parity DRAM module would use nine 4Gb DRAM chips, which Samsung appears to END_OF_DOCUMENT_TOKEN_TO_BE_REPLACED

I got a phone call yesterday from Russell Fish of Venray Technology. He wanted to talk about how and why computer architecture is destined for a change.

I will disclose right up front that he and I were college classmates.  Even so, I will do my best to give the unbiased viewpoint that my clients expect of me.

Russell is tormented by an affliction that troubles many of us in technology: We see the direction that technology is headed, then we consider what makes sense, and we can’t tolerate any conflicts between the two.

In Russell’s case, the problem is the memory/processor speed bottleneck.