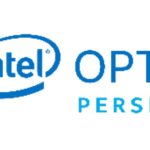 With the release of its Cascade Lake family of processors today (formally called the “2nd Generation Intel Xeon Scalable processor”) Intel disclosed more details about its Optane DIMM, which has been officially named the “Intel Optane DC Persistent Memory.”  This DIMM’s architecture is surprisingly similar to an SSD, even to the point of its having error correction and encryption!

The Memory Guy doesn’t generally cover SSDs, but I do cover DIMMs, so this is one of those posts that I could have put into either of my blogs: The Memory Guy or The SSD Guy.  I have decided to put it here with the hopes that it will be easier for members of the memory community to find.

Intel supports two usage modes for the Optane DIMM, called “Memory Mode” and “App Direct Mode,” to manage the two forms of memory, and they are explained in a series of posts in The SSD Guy blog.

Here’s what’s on the module:

There are a few differences between the Optane DIMM and other devices we might compare it to.  For example, the Optane DIMM has an SPI NOR flash chip.  This is a low pin count chip that communicates serially with the controller.  Why would Optane have this while a NAND SSD might not?

In most SSDs the controller’s firmware is stored in the NAND flash.  The Optane DIMM stores its firmware in this NOR flash chip instead of the 3D XPoint Memory.  This could have something to do with the soldering process, which has always been tricky for the phase change memory (PCM) technology that is the basis for the 3D XPoint Memory.  PCM can lose its programming if temperatures stay too high for too long.  While this is also true for NOR flash, it takes more extreme conditions for NOR to lose its bits.

Another difference between the Optane DIMM and an NVDIMM-N is the number of high-speed dedicated buffer chips each uses.  In an NVDIMM-N both data and address are buffered to isolate the on-chip DRAM and the nonvolatile memory from the chaos that’s happens on the processor’s memory channel during a power failure.  These buffers are extremely fast so that they won’t add significant latency to the critical timing path.  The Optane DIMM only has buffers on the data pins, and Intel tells us that they are required for “High bit rate signal integrity.”  The address and data signals on the Optane DIMM don’t go through high-speed buffers because they must pass through the controller for wear leveling, ECC, and encryption, so they use the controller chip to do the buffering.  The controller chip is naturally much slower than dedicated buffers would be, but the signals must pass through the  controller anyway, so there’s no reason to use these expensive buffers.

Architecturally, though, this module is very similar to an SSD.  I have not been briefed yet on Intel’s new “DDR-T” communication protocol for the Optane DIMM, but once I have learned how it works I plan to share that in a follow-up blog post.

3 thoughts on “What’s Inside an Optane DIMM?”