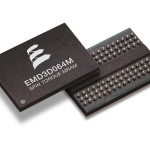 Since The Memory Guy knew that Everspin’s EMD3D064M ST-MRAM was fully DDR3 compatible, I had to wonder why the part would require a special controller – couldn’t it simply be controlled by any DDR3 controller?

Everspin’s product marketing director, Joe O’Hare, took the time to explain why a modification was necessary:

With this in mind it’s pretty obvious why a special controller is necessary.  Designers probably wouldn’t expect these differences to get in the way, but since standard DDR3 controllers have been specified to work with a relatively narrow range of parts (as DRAMs tend to be)  it took an extra effort to bring them into compatibility with the new ST-MRAM.

My congratulations to Everspin for recognizing this issue, and for working to provide the required support.