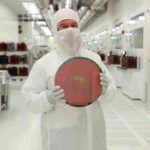 It came as a surprise to the Memory Guy on Monday to receive a press release from Micron indicating that Intel and Micron had decided to end their NAND flash partnership.

This agreement, which was begun in 2006, helped the two companies to aggressively ramp into the NAND flash market by combining their resources.  NAND flash makers (as well as DRAM makers) need to make very substantial capital investments to participate in the market, and that’s not easy for a new entrant.  Micron at that time was a very small NAND flash maker, and Intel wasn’t involved in the NAND flash market at all, so neither was in a position to succeed.  By combining their resources the companies were able to become important contributors to the market.

The agreement initially appeared to be modeled after the very successful joint venture that Toshiba and SanDisk enjoyed.  Each company would contribute half of the JV’s capital investment, and the same designs would be used to make both companies’ chips.

Over time Intel found itself in a familiar END_OF_DOCUMENT_TOKEN_TO_BE_REPLACED 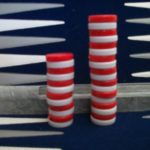 One has to wonder if WDC was END_OF_DOCUMENT_TOKEN_TO_BE_REPLACED