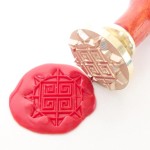 Last week Toshiba and SK hynix announced an agreement to jointly develop Nano Imprint Lithography (NIL), building on a memorandum of understanding (MOU) that two companies signed in December last year.  Development efforts will begin this April and practical adoption is expected to start in 2017.  The collaboration is expected to reduce risk and accelerate commercialization of this technology.

NIL is expected to produce next-generation lithography at high throughput rates more economically than established lithography tools.  It is should compete against Extreme Ultraviolet (EUV) lithography, an alternative technology whose use has been delayed by numerous technical challenges.  EUV, a euphemism for X-Rays, cannot use transmissive optics like glass lenses, so a completely new reflective imaging technology has had to be developed to support its use.  The advantage of EUV is that the light wavelength is only 13nm, which is an order of magnitude smaller than the 193nm light currently used to produce leading-edge chips, allowing it to print significantly smaller features.

Unlike today’s lithography, which uses a purely photographic process, NIL mechanically stamps a pattern into the photoresist in a similar manner to the sealing wax stamp shown in the photo (courtesy of BackToZero, a wax stamp maker).  The stamp is produced using END_OF_DOCUMENT_TOKEN_TO_BE_REPLACED