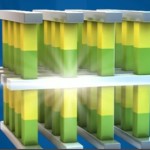 Most readers haven’t been watching this business as carefully as The Memory Guy, and are puzzled by the move.  I will share what I know in an attempt to make the decision a little clearer.

Three years ago in July 2015 the two companies held an event to launch 3D XPoint Memory technology.  This upcoming technology would be 1,000 times faster than flash, and provide 1,000 times the endurance, on a chip that was 10 times as dense as “Standard Memory,” which everyone was to infer was DRAM.  This last implied that the technology would sell for a lower price than DRAM, and that’s the most important way that a technology that’s slower than DRAM can gain acceptance in a computing environment.

I was personally fascinated with the idea and produced the technology’s first market study within three months of the launch.  (It’s still available for purchase by clicking the preceding sentence’s link.)

In that study I explained why the technology needs to sell below the price of DRAM and how challenging that would be until production volumes approached DRAM volumes, even though the chip was 10 times as dense as standard memory.   This is because of the economies of scale: If you ship a lot of any manufactured product your production cost is much lower than if you ship only a few.  I projected that Intel would sell 3D XPoint at a loss for two years until its scale became large enough that its manufacturing cost fell below the necessary selling price.

At the launch Intel and Micron promised to soon provide both SSDs and memory DIMMs based on the technology.  My study also explained that the SSD market for 3D XPoint was unlikely to become significant, but that the DIMM version should sell very well.

Selling this technology at a loss for the first two years makes make more sense for Intel than it does for Micron, or for any other company that wanted to manufacture a competing technology.  The DIMM version helps Intel to assure that the “platform” that a processor is plugged into can keep pace with the processor itself.  Otherwise the performance of the system wouldn’t improve as users upgraded their processors, since the system would slow them all down to the same speed.  Intel can afford to sell 3D XPoint at a loss while offsetting those losses by selling a more expensive processor.  Other companies would simply sell at a loss with no offset.

After some delays that are typical in our industry Intel introduced “Optane” SSDs based on 3D XPoint Memory in the spring of 2017.  As my report projected, they haven’t sold very well, and they have garnered some negative publicity since the NVMe interface bogs down the memory’s speed causing the highly-promoted 1,000 times speed advantage to dwindle down to a mere 7-8 times speed advantage over a NAND flash SSD.  The reason for this is explained in a post in the SSD Guy blog.   A colleague of mine, Rob Peglar, recently said: “Using 3D XPoint as SSD base material is a fools’ errand; running your Ferrari down a dirt road.”

This whole time Micron, who has complete visibility into the manufacturing cost of 3D XPoint, and who has a very good idea of what it sells for, postponed the introduction of its own XPoint-based SSDs and DIMMs.  If Micron were to get into an unprofitable business its investors would express intense displeasure with the CEO.  Intel’s XPoint losses are so small compared to the company’s processor business that investors are willing to overlook its XPoint losses in the Nonvolatile Systems Group (NSG).

Speaking of CEOs, both companies now have different CEOs than they had when 3D XPoint was launched, and both are probably taking a fresh look at the prospects for this  technology.

The prospects aren’t very promising.  Continuing delays, which are rumored to stem from technical issues, have plagued Intel’s Optane DIMM.  Intel recently promised revenue shipments in 2018 and volume in 2019.  Semiconductor companies often promise revenue shipments within a year, then claim to have achieved this by shipping a single unit to a mystery customer on New Year’s Eve.

Meanwhile Micron revealed during its most recent earnings call that it has stopped 3D XPoint production in the Lehi IMFT plant, the only place that was producing the part, presumably because Intel has more chips than it needs for a long time.

Objective Analysis will continue to monitor this situation, and will update our regular clients with findings about how likely it is to impact their business during both the near term and farther in the future.