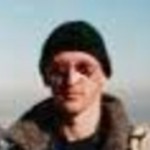 Only months after Samsung’s announcement of 3D memory production a new 4-dimensional memory has been prototyped by university researchers.  This memory not only has bits in the X and Y dimensions, like planar NAND, and the Z dimension, like 3D NAND, but it also grows in capacity over time, spanning the fourth dimension: time.

This research has been spearheaded by George P. Burdell, Assistant Associate Professor pro tem at Death Valley University.  The work is the culmination of a decades-long effort to find a way to increase memory sizes in systems without the need to replace chips or modules.

The team has created the name “Growing RAM” or “GRAM” for the technology.  Current prototypes exhibit very favorable performance, on a par with today’s standard memory technologies.  From a cost standpoint GRAM affords a lot of promise, since a small affordable memory can be used initially with the understanding that it will grow over time without incurring additional costs.

Professor Burdell recounted to me his trials and tribulations in creating this device.  At first the team tried to make the memory grow by converting energy into matter but e=mc² got in the way: “These days you need to give people a green solution, and one that consumes millions of megawatts won’t make the grade,” he said.  The alternative the team chose was to go with an organic material that can grow as needed.

The question then became how to feed this organism.  Burdell’s team worked on circuit board substrates with appropriate nutritive content to be slowly consumed by the memory organism.  “Agar agar works very well,” Says Burdell, “but you can’t house the memory in some package that will constrict its growth.  Leaving it in the open air may not be hermetic, but it allows the memory to grow as large as it needs to be.”

There are other advantages and disadvantages to leaving the memory unhoused.  On the negative side the device is susceptible to disruptive influences like harmful bacteria and viruses.  On the positive side, troubleshooting becomes much easier.  “If a memory goes bad, you can use your nose to find the problem right away,” quips Burdell.

The university is actively looking for licensees for the technology but has run into some hurdles.  Says Burdell: “Chip houses only want to produce silicon, pharmaceutical and biotech firms don’t want to make computer parts, and food producers don’t understand the market.”  He is undaunted, though.  Burdell and his team believe that they will find a producer and will be able to get the technology into mass production by early May.  Said Burdell: “Either that, or we will have to close up shop.  Our lease is up and we have to move out of the lab by the end of the month.”