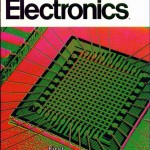 After years of prototyping Micron Technology claims to be the first to introduce production volumes of Phase-Change Memory, or PCM.  This memory, also known as PRAM, has long been positioned as a contender to replace flash once flash reaches its scaling limit.  Rather than use electrons to store a bit, PCM uses a type of glass that is conductive when in a crystalline state and resistive when amorphous, two states that are relatively easy to control.  The size of the bits can shrink to a very small dimensions, allowing PCM to scale into the single-digit number of nanometers, which most folks today believe to be beyond the realm of flash.

This product began its life at Intel, then followed the Numonyx spin-off, and was taken over by Micron when it acquired Numonyx.  In fact, Intel got into PCM very early on – this post’s graphic is the cover of an Electronics Magazine from September 1970 with an Intel story, written by Gordon Moore, telling about a 128-bit PCM research chip.

So far only three companies have produced samples of this technology: Micron, Samsung, and BAE an aerospace contractor most readers never heard of.  All three are under license by Ovonyx to manufacture the technology.

BAE is interesting, since this company has exclusive rights to manufacture product for applications operating higher than 50,000 feet (15km.)  This odd-sounding qualification stems from PCM’s insensitivity to atomic radiation, which increases with altitude since alpha particles are dramatically attenuated by our atmosphere.  All other memory types except for mask ROM lose bits whenver an alpha particle sails through them.

The Micron PCM ships in a multichip package that includes a 1Gb PCM and a 512Mb LPDDR2 DRAM.  This is strikingly similar to something that Samsung announced in April 2010, when it started production of a 512Mb PCM packaged with an LPDDR2 DRAM.  Oddly enough, Samsung claimed to be the first to enter PCM volume production in September 2009, nearly three years ago, yet in this week’s release Micron claims to be the first to enter production.

The Memory Guy finds the Micron announcement to be an encouraging sign that PCM is likely to become a mainstream technology, perhaps displacing a portion of other well-entrenched memories.  I’ll be watching to see how it does.

For anyone who wants to know more about this technology, there’s a paper about PCM that can be downloaded free of charge from the Objective Analysis home page.