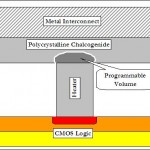 Lane Mason of Objective Analysis recently shared with The Memory Guy an article he wrote for the 4 April 2007 Denali Memory Report covering Phase Change Memory (PCM or PRAM.)  It looked like something big was about to happen with the technology: PCM looked nearly ready to enter production.

The article included an excerpt of an EE Times interview with Micron’s CEO, the late Steve Appleton, in which Appleton stated that PCM advocates threatened to take over the memory market in 2000.

Here it is 2012, and PCM represents little more than a drop in the bucket when it comes to memory sales, although Micron says the technology is finally in mass production.

The world of memories is cost driven.  This presents a phenomenal barrier to alternative technologies that aspire to dethrone incumbent technologies.  They have to be more cost effective to win the battle against entrenched memory types.  Since all the alternative memories (PCM, MRAM, RRAM, FRAM, etc.) use new materials they necessarily stand at a competitive disadvantage since today’s semiconductor production experts have a phenomenal understanding of how to make silicon do their bidding, a strength they lack with these new materials.

In a nutshell, some alternative memory will rise rapidly once NAND flash stops scaling.  Everyone knows that this will happen, it’s just a matter of time.  This has been the case for over a decade.

In the mean time alternative technologies will have to settle for niches in which cost takes a second role to one of the many technical attributes that make these devices easier to use than their mainstream counterparts.